My First Day In India 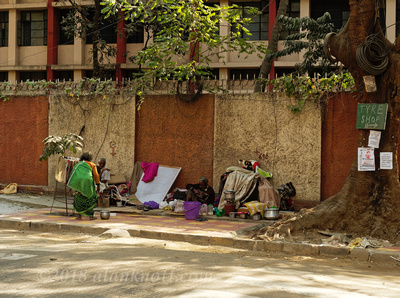 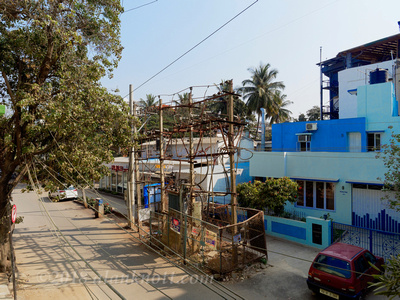 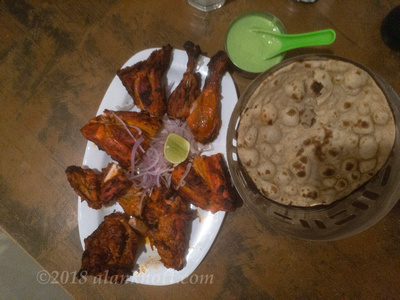 I arrived in india, 25 January at 5.10am or 11.40pm the previous day UK time. I am here for four weeks. I had one of the scariest taxi journeys from the airport; firstly because the taxi driver was driving so fast because wanted to get home before there was a total strike in Koramangala which was scheduled to start at 9.00 am. His driving made one pray even if you didn't believe in God. Secondly I also learnt that it is possible to drive at 60 miles an hour and text, using both hands,  whilst on a mobile. In the end I had to shout at the taxi driver to put the phone down and drive sensibily or he wasn't going to get a tip. Stupidly I then asked about his family and he told me had had two daughters one 3 years and the other 18 months. Then using both hands on the phone, whilst driving, he found their pictures and turned around to show me! I said if he carried on driving that way he might not see them again! He got the message.

It is three years since I was last here and my first impressions are some things have changed but the dirt and dust remains the same. In fact I think it is the same dirt and dust. Anyway the strike ended at 6pm our time, so the grocery stores opened and I was able to get all the washing up liquid; cloths; scrubbers; toilet cleansers; detol and brushes to try and get the flat back to some level of I will say, 'dustfreeness', for under the dust it is quiet clean. Made my bed and then went to the local tandoori hut for supper - It tasted so good. So at the moment I am feeling shattered - it is still 25 degrees but will cool to about 16 degrees early monrng.