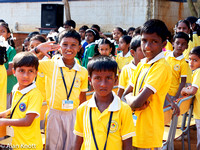 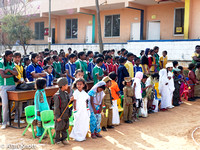 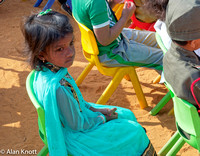 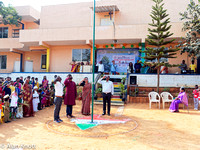 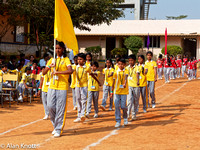 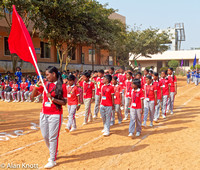 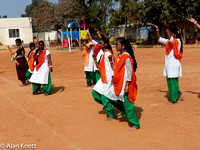 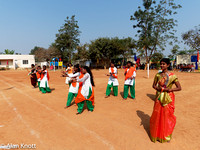 January 26 was the 69th Celebration of India's Constitution as a republic. Despite being a holiday the students of Nirmala Vidyalaya School, like many other schools, held a commemorative event which included the raising of the Indian flag; a march past; dancing; singing and a brief talk to the students. Nirmala Vidyalaya School is a rural school for children from the poorer communities. It was started a few years ago, by, Acts, with about 80 village children. It now has in excess of 800 students! I was a guest of honour however it did seem strange when during the speech the speaker mentioned that the Constitution came into being as a result of the bravery of the freedom fighters who fought to overthrow British rule! However I was warmly welcomed by the students and faculty and provided with a very tasty Indian breakfast.