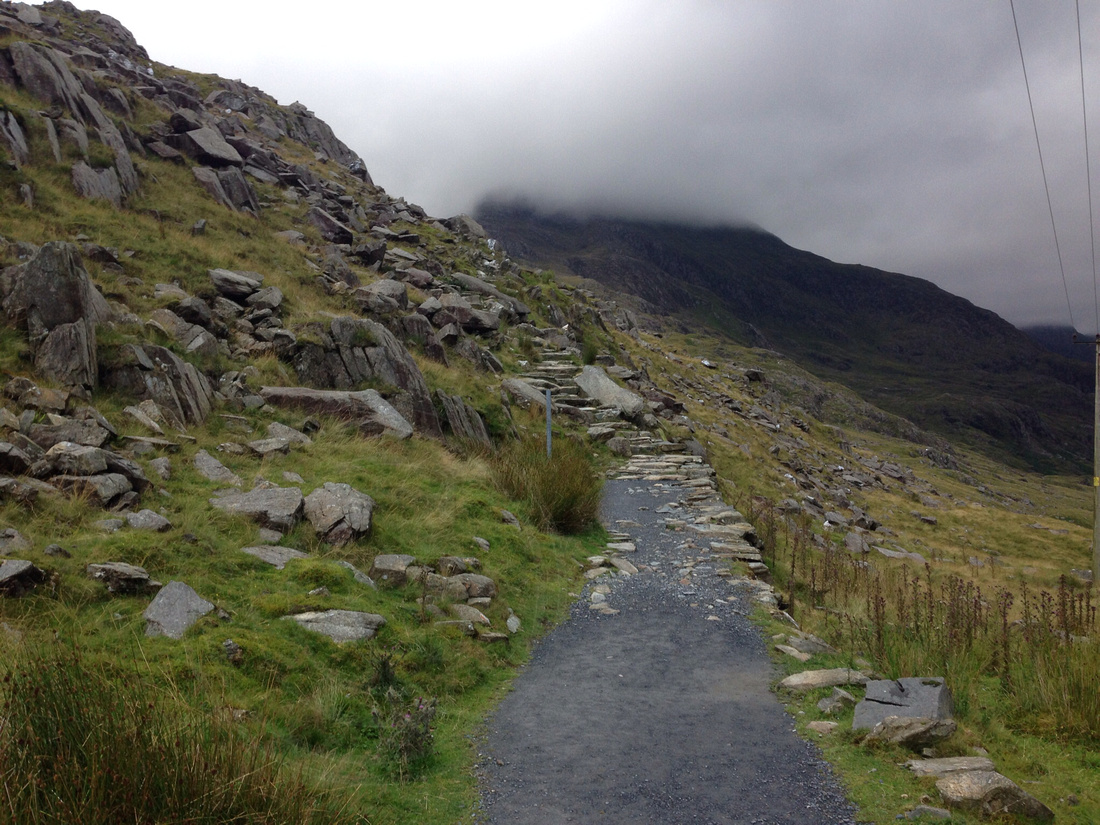 In the UK there is a challenge called the Three Peaks challenge. Individuals or teams seek to raise donations for charities by climbing the three largest mountain peaks in the UK. Namely Ben Nevis in Scotland, Scarfell Pike in England and Snowdon in Wales. My son was involved in a team challenge for the Prince's Trustfor charity. Having completed Ben Nevis and Scarfell Pike yesterday, Snowden was their target today. Unfortunately with winds of 50mph, poor visibility, heavy rain and two teams members suffering injuries they were only able to make it 2/3rds of the way up before they were advised to abandon the attempt. However what they achieved was magnificent and I am very proud of my son.