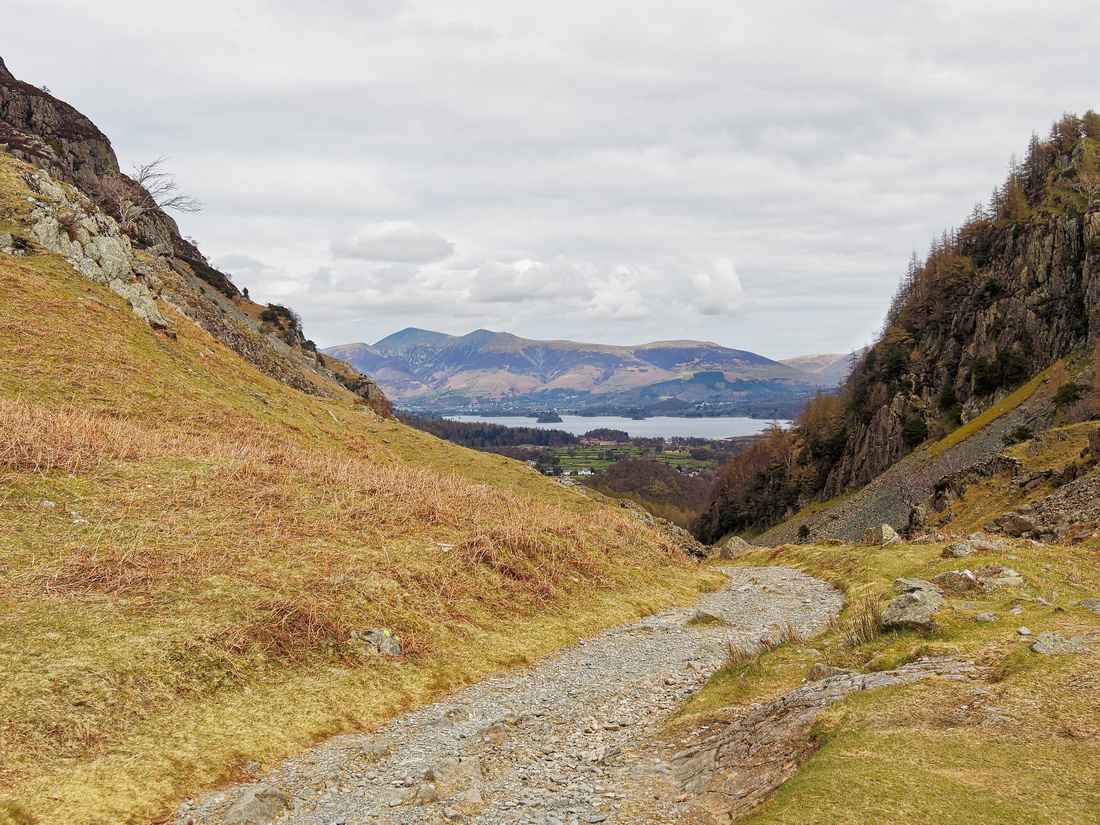 One of the most beautiful places in England is the National Park known as the Lake District. There are two main areas - the South and the North Lakes. Heavy flooding in the early part of this year means that a number of areas are still inaccessible by road and to an extent the South and North Lakes are cut off from each other without having to make a major detour. However there is still plenty to be enjoyed and this should not put people off from going.

I now have a four day holiday and on this the first day, after an early morning drive, we arrived in Keswick. Our first climb of the holiday was Dale Head. We started at the Grange for a climb of 2350 feet and walked past Castle Crag and then turned for the major steep climb up to the summit. However the path was a mixture of loose stones and scree and although I made a good distance I realised my 'dodgy' knees were going to struggle with the descent. Although not far from the summit I felt it was dangerous to continue and my colleague graciously agreed that he would come back down with me. I was not disappointed as the views of the area are spectacular as the picture looking down over Seatoller shows. To finish the walk we walked alongside Honister Pass for a few miles and watched in awe as one cyclist after another attempted and in most cases, succeeded in climbing the ascent! For the first day although the weather was cold and blustery there was no rain which is remarkable in itself!